A recent study came out that described some facts and trends for teenagers the last 6 years regarding mental health and substance abuse.  Here are some of the findings.

Five areas where things got better for teenagers from 2008 to 2014:

1. Drug abuse and alcohol abuse. Teen drug and alcohol dependence or abuse dropped from 8% to 5 %, according to information from National Survey on Drug Use and Health. This is the number of teenagers with serious addiction issues disrupting their lives, not the number who reported using. If these numbers seem low, it’s because they are using the strict standard of addition/dependence.

By way of comparison, the Substance Abuse and Mental Health Services Administration reports that in 2104 13.8% of underage respondents had engaged in binge drinking, which is defined as “drinking five or more drinks on the same occasion on at least one day in the last 30 days.” And the Centers for Disease Control and Prevention reports that in the year 2013 1 in 5 high school seniors reported engaging in “binge drinking” at least once in the past two weeks.

The good news is that homicides and accidents are down dramatically. The bad news is that suicide is up, especially for teenage girls aged 15-19. Three times as many boys commit suicide as girls, but from 1999 to 2014 female teen suicides jumped 56%, according to CDC data compiled by the Population Reference Bureau.

Those concerned that low teen birth rates means more abortions can exhale. Teen abortion rates have fallen steadily and by 2010, the most recent year available, had reached the lowest rates since abortion became legal. In 1990, the teen abortion rate was 40.3 per 1,000 women, and in 2010 it had fallen to 16.3 per 1,000 woman, according to National Center of Health Statistics data.

Pew Research Center reports a number of possible causes for the decline, which was sharpest among the minority groups. In addition to better education and contraception, of note is the fact that teens are reporting lower levels of sexual activity. The percentage of teen girls reporting they had ever had sex fell from 51% in 1988 to 44% in 2013.

4. Health insurance. Children without health insurance dropped from 10% to 6%. Some of the worst-performing states overall did well on this measure. Surprisingly, these included states some states that performed poorly on most other measures. Alabama, Mississippi and Arkansas, for example, rejected the Medicaid expansion under Obamacare but still got their uninsured percentage below the national average, according to Kaiser Family Foundation data. (Arkansas just expanded Medicaid in April, after this data was collected.) 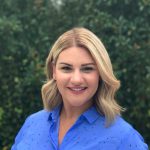 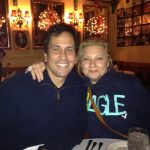