Question: What Are the Symptoms of an Alcohol Problem?

Answer: Certain behaviors are known to be possible early signs of an alcohol problem. These include any established pattern of drinking, such as heavy regular alcohol consumption and/or frequent intoxication, which poses a high risk of future damage to physical or mental health and which places the drinker at risk of accidents, arrests, poor job performance or other social problems.

Alcohol dependence, sometimes referred to as alcoholism , is the most severe type of alcohol problem and is characterized by three of seven symptoms experienced during a one year time period. According to the Diagnostic and Statistical Manual of Mental Disorders, Fourth Edition, the symptoms of alcohol dependence include:

Dean Sunseri is a Licensed Profession Counselor experienced in General Mental Health Counseling and Substance Abuse Counseling.  He is located in Baton Rouge LA.  and can be contacted at ds@ihaveavoice.com . 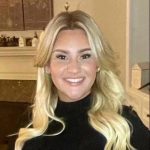